In 1832 Father James McDermot, a priest of the Diocese of Boston, which encompassed all of New England, was sent to assist the pastor of Holy Trinity Church in Hartford. Fr. McDermot's special duty was ministry to the Catholics in the western part of the State of Connecticut including New Haven, Bridgeport, Norwalk, Derby, Waterbury, Meriden, and Middletown. Later that year he became the resident pastor in New Haven while continuing the pastoral care of the Catholics in the western Connecticut. At that time, there were about two hundred Catholics in New Haven. 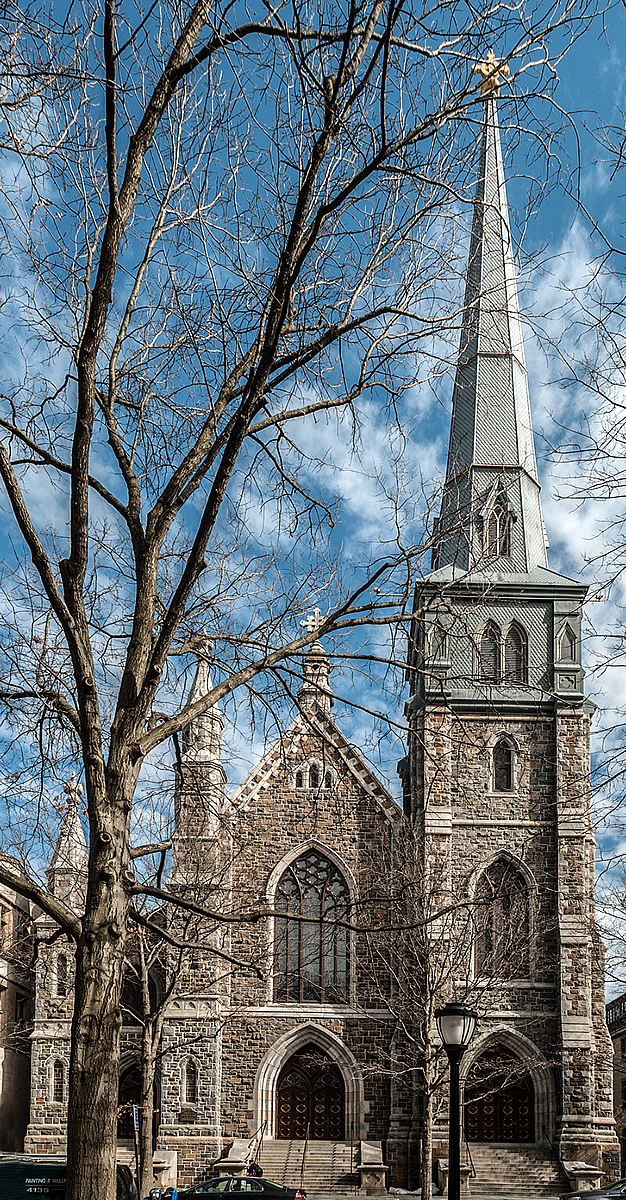 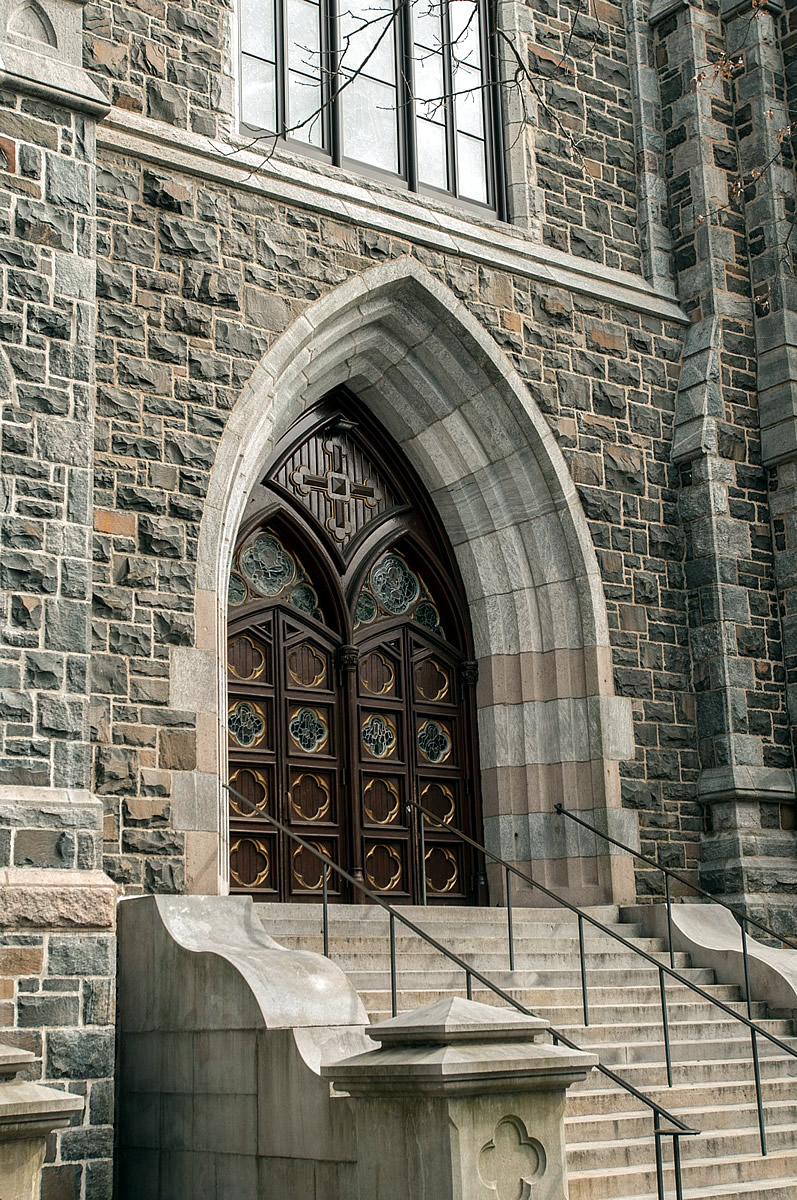 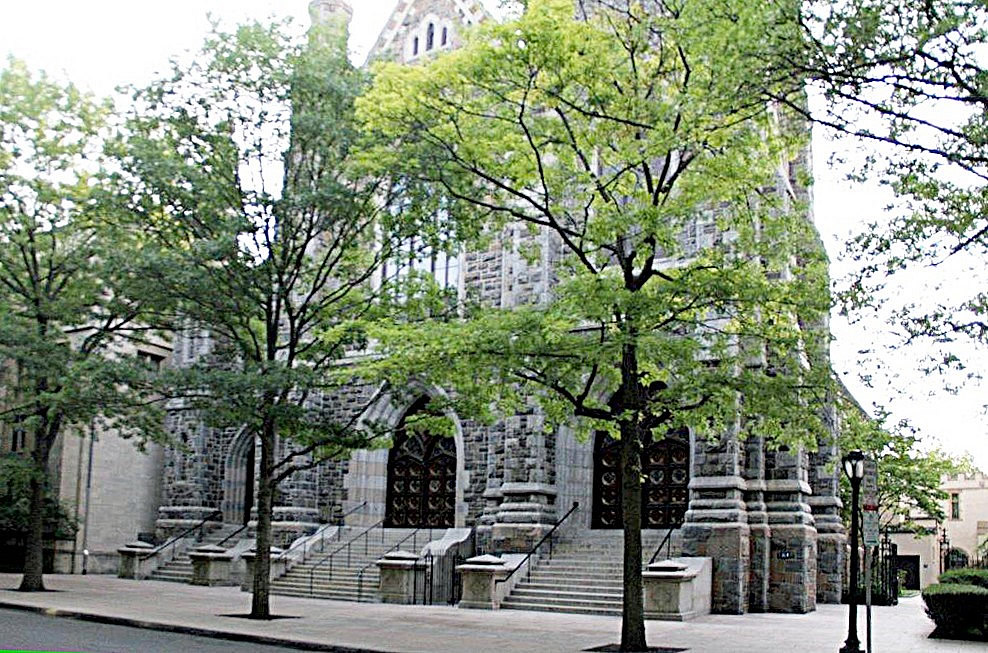 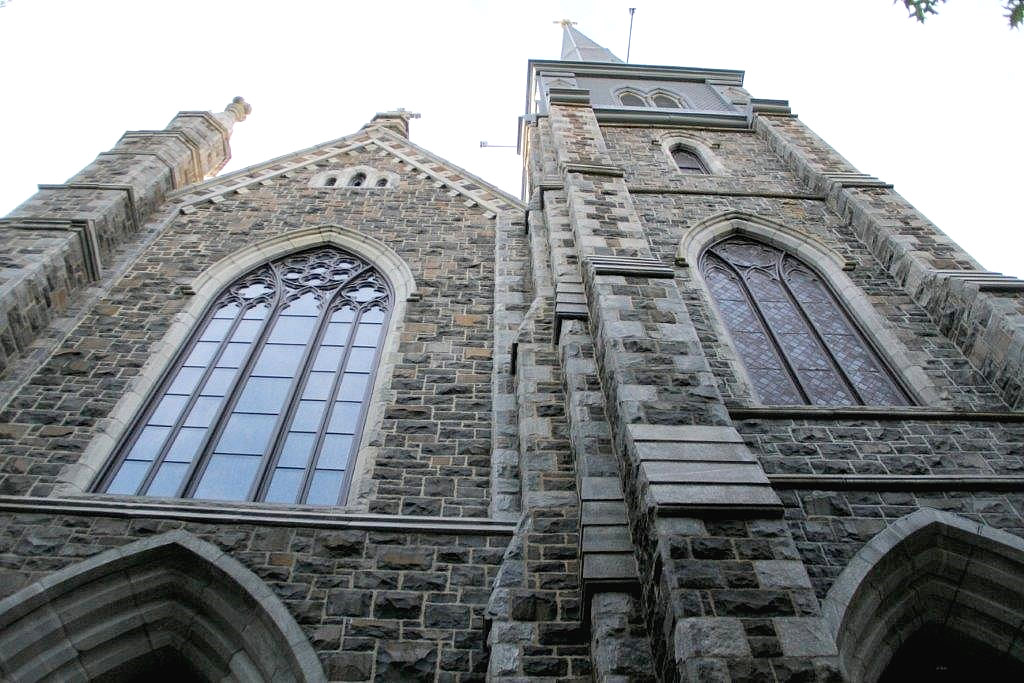 Land for the first Catholic Church in New Haven was purchased near the intersection of York Street and Milford Turnpike Road. In 1834 a church was completed on this site and given the name "Christ's Church." In 1848, the Church was destroyed by fire and services were held in a tent for several months. When the property occupied by the Church Street Congregation Society was made available on December 16, 1848, Fr. Philip O'Reilly took title to the property, and the Congregational Meeting House became the Catholic Church in New Haven, and was dedicated to St. Mary.

Over the next twenty years the ambitious and impressive edifice that is the present church developed - at a time when the city's Catholic population was steadily increasing. The parish was geographically very large and many Irish immigrants had come to the New Haven area and greater numbers continued to arrive each day. The parish was large, young, active and dedicated to the faith and to the Church. During a mission held in 1867, it became evident that the parish needed a larger Church. On June 13, 1868, the parish took title to a parcel of land between Hillhouse Avenue and Temple Street.

The cornerstone for the present Church was laid on September 22, 1870. Fr. Murphy became pastor in May 1872, and he brought the construction of the Church to completion. It was dedicated on October 25, 1874. Built on New Haven's finest residential street, Hillhouse Avenue, St. Mary's represented the faith, the pride, and the high hopes of New Haven's struggling Catholic families. St. Mary's it continues to be the primary Catholic presence in downtown New Haven.

On October 2, 1882, in the basement of St. Mary's Church, Father Michael J. McGivney organized the Knights of Columbus as a fraternal benefit society that would protect the widows and children of working men and foster their faith and their social progress. Fr. McGivney spent seven years in service to the parish as one of its curates, and in 1884 was appointed pastor of St. Thomas Church in Thomaston, CT. 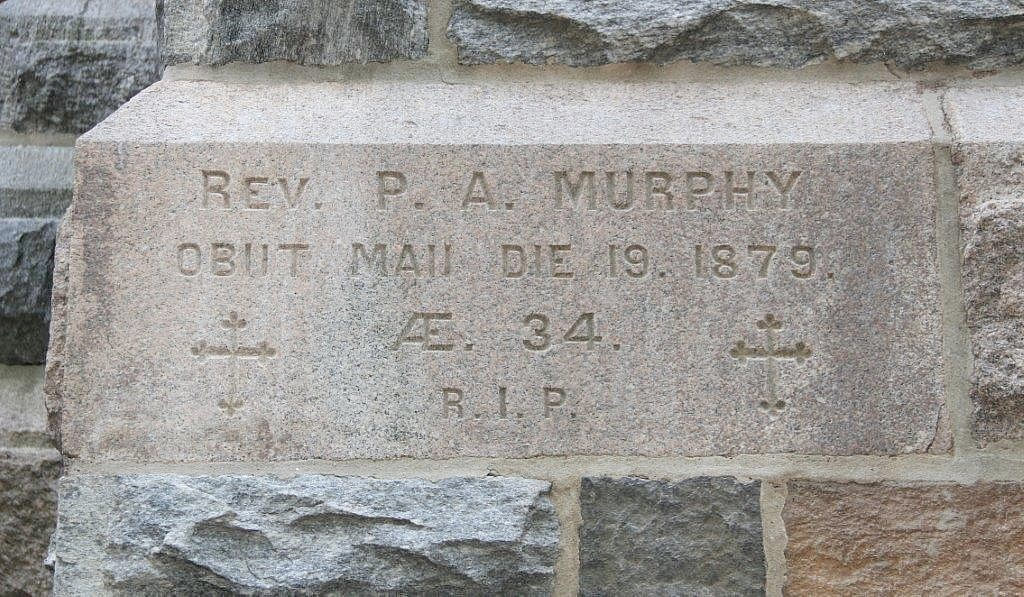 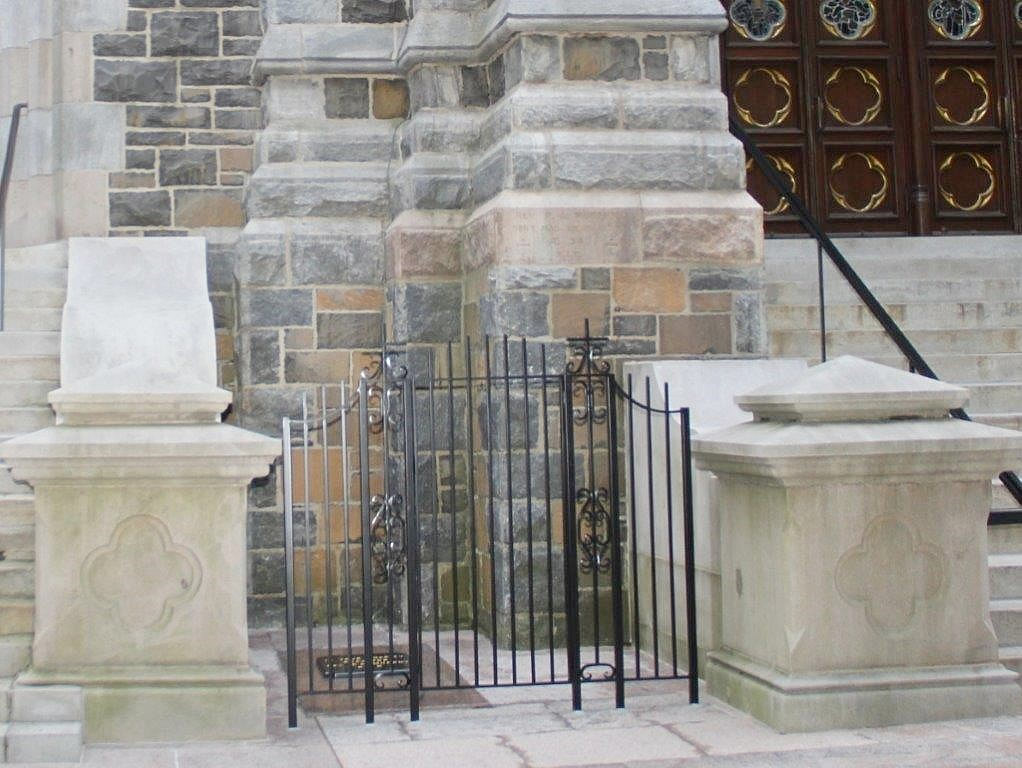 In August 1890 at the age of 38, he died in Thomaston, CT after a struggle with pneumonia and was buried in Waterbury, CT. In 1982, on the 100th anniversary of the founding of the Knights of Columbus, Fr. McGivney's remains were returned to New Haven and placed in a sarcophagus in the rear nave of St. Mary's church.

Notable Features of Building or Site

This is a Gothic Revival religious building that is divided into three bays. There are entrances surrounded by Gothic porches at the center of all three bays and each has carved and gilded double wooden doors. There are buttresses surmounted by pinnacles at the north edge of the building and at the north edge of the main block. The south end of the main block is defined by a square tower with buttresses which is surmounted by a spire.

The south end of the main block is defined by a square tower with buttresses which is surmounted by a spire, originally planned for the tower but not constructed until 1986 when the Knights of Columbus donated the spire (and three-bell carillon), thus completing the original design.

The grave of Rev. Patrick Murphy, who finished the building of the church, is located at the front of the church, guarded by an iron gate; a memorial stone to Fr. Murphy is also imbedded in the outer wall of the church to the upper right of the grave.

Interrelationship of Building and Surroundings 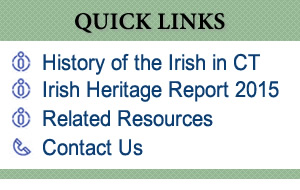 The Irish experience has had a profound impact on Connecticut's past, and its narrative spans all periods of the state's history and touches every one of its eight counties and 169 towns.